This has certainly been the season for mushrooms.  I think most of us think that mushrooms are not attractive in the landscape.  It’s certainly not our goal as designers to grow mushrooms for our clients, but there are some interesting as well as colorful mushrooms appearing this year.  Take a look at this mushroom called American Caesar’s mushroom. 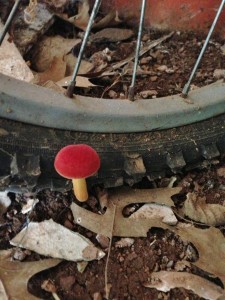 Most mushrooms are temporary.  They appear sporadically through most of the season depending upon environmental conditions. The temperatures and amount of rain fall this summer have provided the right conditions for mushrooms.  These mushrooms are called Jack-o-lantern mushrooms. They grow in clusters on wood and are bright orange in color. 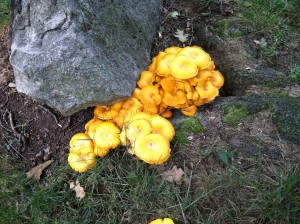 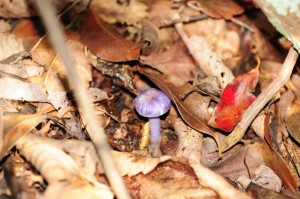 In dry years, a fungus may not produce any mushrooms. This mushroom is called Elegant stink horn. It gives off a strong unpleasant odor.  It has another inappropriate name, which I’m not going to mention in this post. 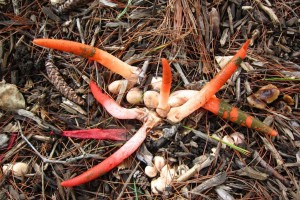 The greatest abundance of mushrooms occur in association with trees. 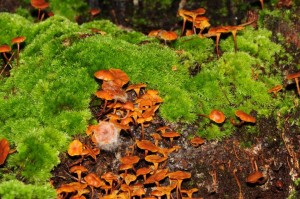 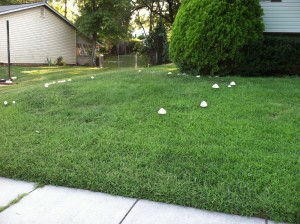 Without going into too much detail, fairy rings occur when the fungus which is underground is growing at the same rate in all directions. This sometimes produces a circle of mushrooms on the outer fringes.

This is a picture of a very unusual and pretty mushroom called an Earth star mushroom. 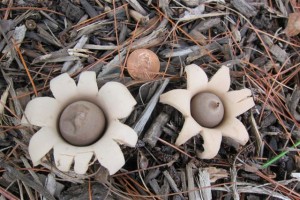 Here are some other pictures of mushrooms.  The next two are called Common earthball mushrooms. 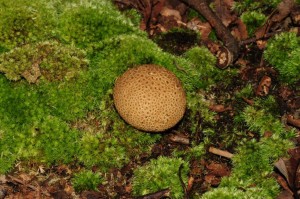 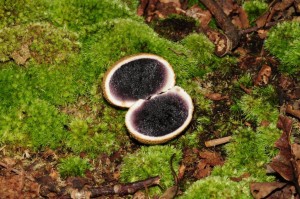 Such variety and colors.

The following, we haven’t been able to identify.  If you know it, comment on this blog. 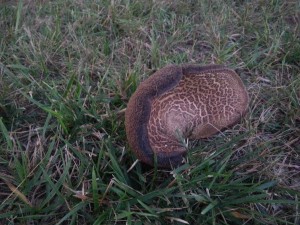 And, how could I forget the following called Dead man’s fingers. 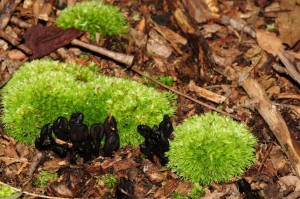 Look closely and you will see the black mushrooms….not a particularly nice looking mushroom.